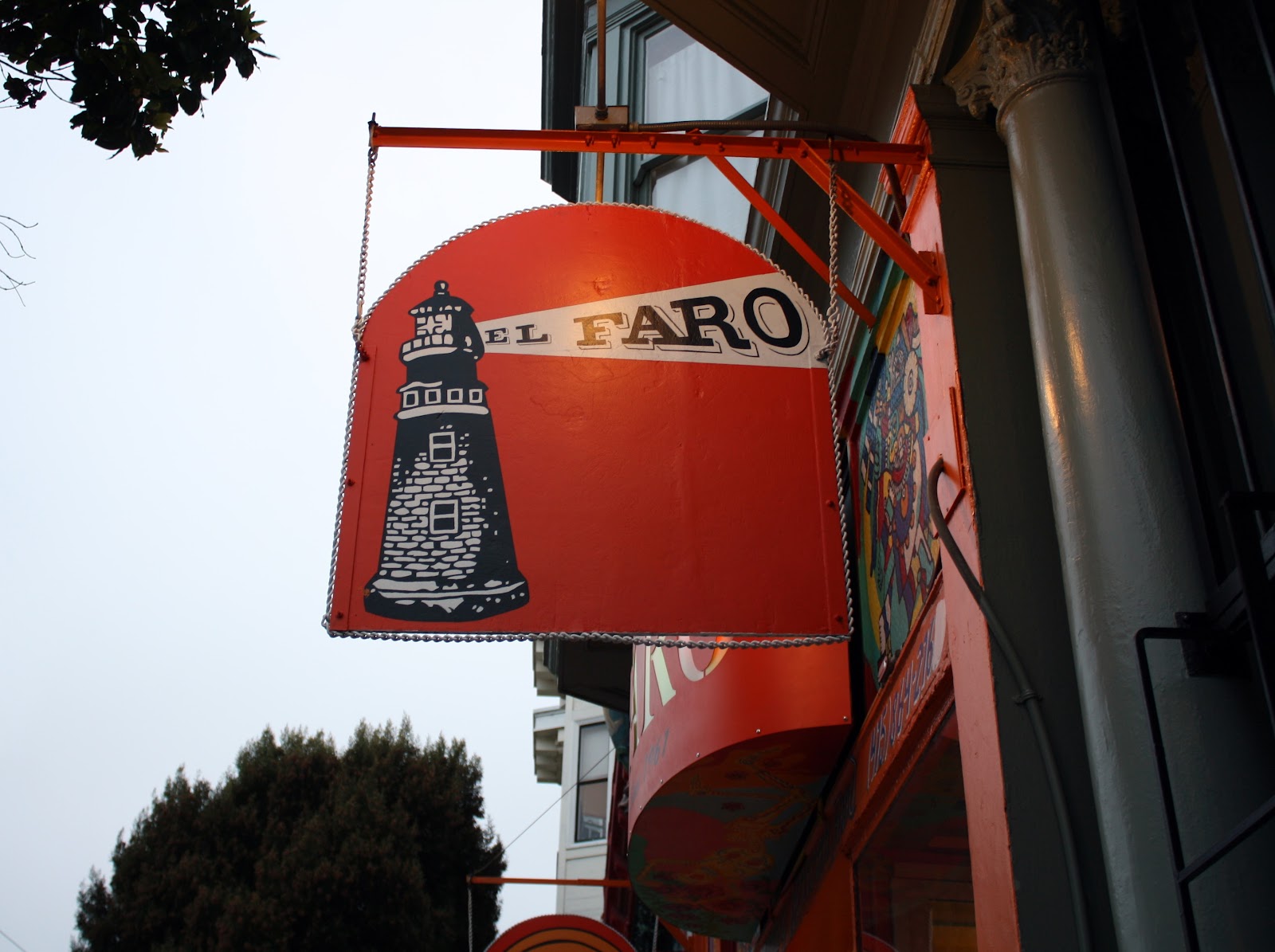 Do I hear a Jack hammer? Well then that must mean I am stood on the boundary between my naiveté and all the sensory knowledge I can imbibe in one fell Burrito consuming swoop. Am I excited? Yes, but I also want to move away from the Jack hammer.

Inside, you can still hear the cacophony of the outside roadworks, where a street is being remodeled and reformed in an accidental but nonetheless figurative analogy of continued experimentation and change; of tarmac and burrito rebirth. Much like that of the 'Mission style burrito', from it's conception at El Faro on September 26th, 1961, to it's Taqueria competitors, beyond the goddamn jack hammer outside.

I sense that the only Burrito genre to provide the fortitude needed to hurdle the ever expanding trench situated exactly outside the entrance way, must be one saturated with protein and masculinity, so I opt for the Breakfast Burrito. $ 6.65

DON'T GO CHANGING EL FARO. This is a breakfast fit for a king armed for battle against a thousand pneumatic construction devices. The tortilla has a particular waxiness that is perfectly suited for containing the eggy water within until it is released into the receiving quarter like a tributary of regal haemoglobin, still warm, still pulsating with proteiny sustenance at every eager mouthful. The salty bacon is well balanced by the blandness of the pinto, the mild salsa a triumph over ketchup or hot sauce. I can smell victory.

LO, the jack hammer subsides a moment and I seize the opportunity to leap the well and defeat the fox. This has been a successful breakfast, I am primed for any battle the day besets me. And, while San Diego likes to lay claim to the monolithic breakfast burrito, El Faro in the Mission will give them something to think about...